Share a memory
Obituary & Services
Tribute Wall
Read more about the life story of Donna and share your memory.

Donna was born and raised in West Seattle, eldest of the two children of Irene and Howard Whittlesey. She attended school at Lafayette Elementary, and West Seattle HS, graduating in 1944. She went on to attend UW for a couple years and played saxophone in the band.

She was working as a clerk at Sears when she met Albin (Al) Bystrom at the Trianon Ballroom in downtown Seattle. They married in 1949 and lived for a time at her parents’ house as Al began his career at Boeing.

Donna and Al bought a house on Olga Street in West Seattle, where they started their family. Margaret, Elaine, and Keith began their lives in that home. In 1960 the family moved to a new home designed by Al’s brother Arne on 56th Ave SW where, soon after, Craig was born.

Donna was a stay at home mom while active in St John's Episcopal Church, she was involved in Saint Anne’s Guild, various committee activities, and the annual Rummage Sale.

In 1962 the family bought lakefront property on Mason Lake and over the coming years built a large cabin and dock and spent summers skiing, swimming, and enjoying campfires and happy hours with friends and family. Donna truly loved it there and welcomed the grandchildren who came to enjoy it, too.

Donna and Al traveled to Europe, Scandinavia, China, and enjoyed a number of sea cruises following Al’s retirement from Boeing in 1987.

They were active snow skiers for many years with a close group of friends. When Al died in 2010, Donna stayed in the house for another year before selling and moving to an apartment at the Landmark in Ballard. She remained there until 2019 when she returned to West Seattle, living in an apartment at Mount Saint Vincent. Early in 2022 a decline in health brought her to Aegis Living in West Seattle.

Preceded in death by her husband of 61 years, Al, and her brother, Ken, she is survived by her children, Margaret (Paul), Elaine (Tami), Keith (Debi), and Craig (Karen); grandchildren Eric (Andrea), Mara (Sean), Chad, and Kirsten (Blake); and great grandchildren Jardyn, Olivia, and Addison.

A celebration of life is scheduled for Saturday, January 28, 1 p.m. at St. John the Baptist Episcopal Church, 3050 California Ave. SW in West Seattle.

In lieu of flowers, donations to West Seattle Food Bank in Donna’s honor are encouraged.

To share your condolences and memories of Donna, please visit her Tribute Wall, located above.

To send flowers to the family or plant a tree in memory of Donna Jean Bystrom, please visit our floral store. 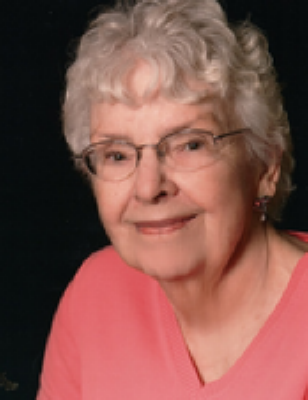