Odette was given her nickname, “Vida,” by her grandchildren. They thought it was her name because she would always greet them lovingly with “mi vida” (“my life” in Spanish). Vida was a central, loving figure for an extended family which now spans across the United States and the Americas. Vida passed away peacefully on November 24, at the age of 102. She was born in British Honduras (now Belize), the youngest of 9 children of Rafael Diaz and Valeriana Castillo. She lived and worked in Guatemala City as a young woman, and moved with her sister, daughter, and son to Seattle, Washington in the late 1960s. She moved to West Seattle in 1972 along with her family, lived in the Admiral District for over 35 years, and attended Holy Rosary Catholic Church. Vida is survived by her daughter Miriam (Everett Baldwin) Villagran Diaz, her son Rafael (Jeanette) Villagran, her grandchildren, in all of whose lives she played a significant role – Joshua (Heather) McBride, Bill (Suzie) McBride, Dr. Alexandra Villagran, and Gabrielle (Christian) Lux, as well as her four great-grandchildren.

You may contact the family at Family.of.Vida@gmail.com  And, comments and memories are welcome on the Share a Memory or Tribute Wall on this page, or on the Guestbook on Vida’s obituary on the Seattle Times website.

To send flowers to the family or plant a tree in memory of E. Odilia (Odette) Diaz, please visit our floral store. 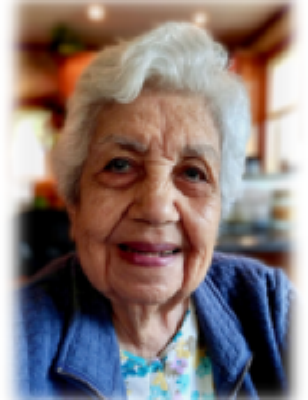 You can still show your support by sending flowers directly to the family, or by planting a memorial tree in the memory of E. Odilia (Odette) Diaz
SHARE OBITUARY
© 2023 Emmick Family Funeral & Cremation Services. All Rights Reserved. Funeral Home website by CFS & TA | Terms of Use | Privacy Policy | Accessibility