Share a memory
Obituary & Services
Tribute Wall
Read more about the life story of Gregor and share your memory.

Gregor Terjung, loving husband, father, grandfather, great grandfather, brother-in-law, uncle, entrepreneur, artist, craftsman, passed away on the evening of January 9, 2023 at the age of 93 with his family by his side.

Greg was born an only child on September 19, 1929 in a rural area of Chicago, Illinois to immigrant parents from Hamburg, Germany.  He spent his boyhood working on local farms and playing in vacant lots joining friends in pranks and antics.  He told stories of rubber band pistol fights in the local cemetery, making their own ice-skating rinks and racing bikes with Wizard motors.

As a young teenager he worked mowing lawns.  He learned to paint from his pastor’s wife and created several beautiful acrylic pieces that are still hanging in the Terjung home today.  He attended a four year all boys technical high school in Chicago and graduated in 1948.  Soon after, joining the Western Army Antiaircraft Command at Hamilton Airforce Base in California where he trained and worked as a draftsman preparing maps and charts.

In the fall of 1950, Greg married the love of his life, Gloria Pucci, and two years later left the army.  Greg and Gloria eventually settled in West Seattle, finding work as a graphic platemaker where he held fond memories of his work and co-workers.  He also found great pleasure in sharing camping, boating, hiking, surf fishing and clamming adventures with family and friends.

Finally, in 1969 Greg found an occupation that would serve him well for 50 years – proprietor of a West Seattle gift store.  There again, he loved his work and found great satisfaction in serving people and making close friendships.  Greg was active in the West Seattle community serving as president of the “Junction Shopping Center”, was involved in the West Seattle Rotary Club, and acted as president of the Westside Italian Civic Club (despite his German roots).

After retiring at the age of 89, Greg continued to keep busy in his deluxe workshop making everything from furniture to small toys, gifting most of his work to family and friends.

It was no secret that Greg had a zest for life, was hardworking, generous, patient, adventurous, kind and loved his family with all his heart.

Please share condolences, photos and memories on the Tribute Wall, located above.

To send flowers to the family or plant a tree in memory of Gregor Terjung, please visit our floral store. 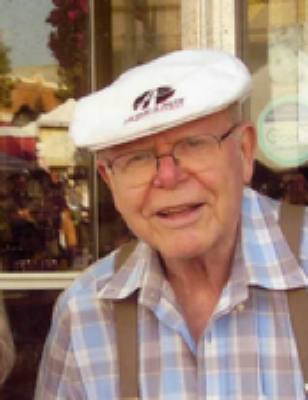 You can still show your support by sending flowers directly to the family, or by planting a memorial tree in the memory of Gregor Terjung
SHARE OBITUARY
© 2023 Emmick Family Funeral & Cremation Services. All Rights Reserved. Funeral Home website by CFS & TA | Terms of Use | Privacy Policy | Accessibility