Share a memory
Obituary & Services
Tribute Wall
Read more about the life story of Greta and share your memory.

Our beloved mother Greta Lucas died peacefully at the home of her daughter, Sylvia, where she lived for the past 12 years. Born Gregoria Geokezas in Erithres, Greece to Demetrios and Marianthe Geokezas, she was the eldest of five children. Erithres was a farming village and she often told stories of her happy childhood. She also shared stories of the years of difficulty and privation during WW II, and the Nazi occupation during her teenage years.

She met the love of her life, Nick, in grammar school. Like many young men, Nick fought with the Greek Resistance. He emigrated to the United States after the war ended, where he joined the US Navy and began his own campaign to bring Gregoria to the US so they could be married.

She arrived in New York on the SS Excambion in 1949, armed with her Greek-English dictionary and a train ticket to Seattle, where family members awaited her. She knew no English, and often spoke of her gratitude for the train porter who kept a protective eye on her as prospective suitors tried to approach her. This was Mom: ever appreciative of kindness in others.

As was common at the time, unusual or hard to pronounce names of immigrants were Anglicized. Gregoria was changed to Greta as it was easier to pronounce and was a nod to Greta Garbo, all the rage at that time.

Nick and Greta were married in the Greek Orthodox Church of the Assumption in Seattle, where she was a devoted churchgoer and supporter, volunteering many hours to church-related activities. She was President of the Philoptochos Society for years.

Nick and Greta, who were married for 63 years, bought their lifelong home in Magnolia in 1953 where they raised their family. Greta was a talented homemaker and seamstress who made clothes for herself and daughters but also professionally for a time. A new passion entered her life at age 57 when she took her first bridge lesson; it was love at first “deal”. She became an ardent player and student of the game. Her relationship to her bridge partners Muriel Warrick, Pat Boyd, and Eleanor Klein, who predeceased her, was an unbreakable bond, and brought them all great joy. In her later years, after moving to West Seattle to live with her daughter, she joined the Seattle Bridge Club where she played at the West Seattle Senior Center. A highlight of her later years was her 95th

birthday celebration during a bridge game. She was deeply grateful to Nick Tipton for making this happen, and to her treasured bridge family.

Greta believed strongly in the importance of education for everyone. She always encouraged her daughters to read and study, and do their best in school. She believed in the importance of education and economic self-sufficiency for women. She often spoke of the limited opportunities for women in the time and place in which she grew up. At the age of 57 she attended classes at Seattle Central Community College in her first pair of jeans and a T-shirt, but with her usual fashion flare. She earned A’s in American history and literature, and chastised her classmates for reading the paper during class. She would fume to us: “Don’t they realize how important education is and how lucky they are for this opportunity?”

Greta was known for her kind and loving nature, her work ethic, generosity, and gorgeous and unfailing smile. Her favorite words were “I love you more”. Greta was truly the Matriarch of our extended family and will be greatly missed. “We love you more.”

Greta is survived by her daughters Sylvia and Nota, her brothers Athanasios and Meletios and their families, and the families of her sisters Stella and Evangelia, who predeceased her. The American and Greek branches of our family have remained very close. The family sends their gratitude to Dr. Holly Bays at Kaiser Permanente and to Providence Hospice. Remembrances may be made to The Philoptochos Society or St John the Almsgiver program for the homeless at the Greek Orthodox Church of the Assumption, or charity of your choice.

You are welcome to share condolences, memories & photos of Greta, on the Tribute Wall, located above.

To send flowers to the family or plant a tree in memory of Greta Lucas, please visit our floral store. 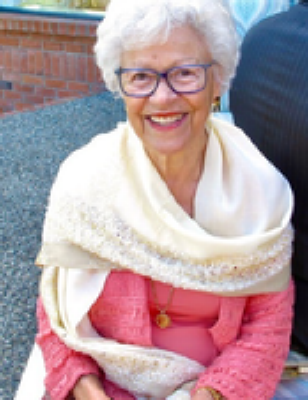