Share a memory
Obituary & Services
Tribute Wall
Read more about the life story of Jacob and share your memory.

Jacob was born and raised in Coos Bay, Oregon where he loved working on fast cars, playing musical instruments, and his pets.  After graduating from Marshfield High School in 1999, he continued his passion with cars, and later apprenticed to be a heavy equipment operator and truck driver for the family business, Warbis Excavating.  Known by all as a “gentle giant” Jake was beloved by many.  An incredible storyteller, karoke singer, athlete, master of a chainsaw, dirtbike, and mechanic.  He was always willing to help any friend in need, an incredible listener and could make friends laugh until they cried!  He was a hard worker, and loyal to the core. He loved deeply and gave of himself entirely.  He was hard to not notice with his 6’4” body covered in tribal tatoos, and a shaved head – but his sparkling blue eyes and beaming smile couldn’t hide his kind soul.  He moved up from Oregon nearly two years ago with his beloved dog, Max.  Jake continued to pursue a career in trucking until the opportunity to train to be a chef arose via Fare Start in Seattle.  He excelled and finished the three month program at the top of his class. He worked many extra hours at the homeless shelter downtown and felt giving back helped him heal.  He was given the nickname, “Jacoby” so it stood out on the line when his teammates were shouting orders.  He was hired to work as a line cook at two local West Seattle restaurants and was quickly rising up the ranks. The family will forever remember him hosting 12 people for Thanksgiving this year where he planned every single dish – and was filled with love and pride for his new path.  He is gone much too soon.  His heart was simply too big for this world.  He is survived by his mother, Sannie Warbis (Seattle, WA), father, Jerry Warbis (Coos Bay, OR), sister, Nicole Klein (Seattle, WA), and nephews Jason and Andrew Klein (Seattle, WA).  In lieu of flowers, Jake would have loved for his memory to be attached to helping the homeless.  Either by donating directly to the Fare Start program, or your own time or donation to your local food bank or shelter.  There are no words for how much he will be missed. Please share your favorite memories about him on this site, and what made him special and unforgettable so we all can someday heal.

Share Memories of Jacob and condolences with his family on the Tribute Page located above.

To send flowers to the family or plant a tree in memory of Jacob Richard Warbis, please visit our floral store. 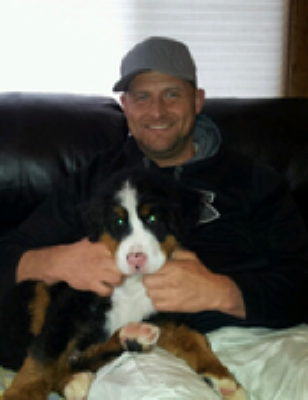 You can still show your support by sending flowers directly to the family, or by planting a memorial tree in the memory of Jacob Richard Warbis
SHARE OBITUARY
© 2023 Emmick Family Funeral & Cremation Services. All Rights Reserved. Funeral Home website by CFS & TA | Terms of Use | Privacy Policy | Accessibility