Share a memory
Obituary & Services
Tribute Wall
Read more about the life story of Jose and share your memory.

Our beloved, Jose Manuel Martinez Jr., was called home to heaven after a short, intense fight with cancer on Sunday, November 6, 2022 at 1:40 PM.

Jose transitioned peacefully at home, surrounded by his immediate family, who loves and misses him dearly, beyond measure.

Jose entered this world in April of 1949, the youngest child of ten, born to Aurora T. and Jose Manuel Martinez, Sr. Jose was born in Southern Texas and grew up in Sunnyside, Washington - the area that his family called home since relocating in the 1950's . He attended schools in Sunnyside and graduated from Sunnyside High School in 1967, with accolades including State and District High School wrestling championships, and his place among WIAA All State Wrestlers. These accolades allowed Jose to attend college in Seattle on an athletic scholarship. Later in life, Jose worked twenty years in the construction industry as a journey level carpenter and worked as a custom upholsterer for a short time until transitioning to working as a letter carrier with the US Postal Service. Jose retired in 2021, after a thirty two year career. He carried mail out of Seattle's Interbay Station and he made many friends both in the office and out along his route. He was a Union Steward for NALC Branch 79 and caused many of his supervisors much consternation with his skill in advocating for workers’ rights.

Jose was an athlete most of his life and a dedicated coach throughout his adult life; first as a player-coach, playing softball next to his favorite teammate, Evonne. Later, as his children grew old enough to play sports, he coached each one of them in a variety of sports depending on the season; baseball, softball, basketball, wrestling. In later years,he dedicated his life to coaching youth soccer. As his children became adults and ventured out into their own lives, he began coaching other youth. He coached at the premiere, middle school, and high school levels and was a Nationally licensed soccer coach with additional advanced training, Although he could have continued to coach for premiere teams or charged significantly for his training services, his focus was in providing high level training opportunities to youth and families that would not have been able to afford it otherwise especially within the Latino and immigrant community. He also loved to work with young people who were not given the same opportunities by other coaches because of their lack of skill or because of limited abilities that made it challenging for them to make progress in a linear fashion. His patience and great respect for each player and his focus on skill development and not on his teams’ winning was what eventually led to his players becoming very skilled and he often had championship level teams as a result. In addition to teaching his players soccer skills, he also stressed to players the importance of always doing their best in whatever they attempted, including academics and maintaining their familial relationships. He was not just a coach- he was a mentor, a confidant, an advocate, and his teams became more like extensions of families that he led as their respected elder.

He was excited and proud that he was able to coach his young grandsons as they recently began their soccer careers.

Family was extremely important to Jose. For decades, he organized family gatherings at the family property where he and many others grew up, in order to continue the connections, and share the family history with the younger generations. Family was more than a biological connection to Jose. The family gatherings became huge events where all those who had become family came to share in the relationships that he strove to maintain. He worked hard to clean up the property and tried to provide everything for the family to be able to gather and share each other’s company. Another way that he maintained and shared family tradition was through his preparation of a pit barbacoa. He would stay up all night tending to the fire to make sure it didn't go out so that it would be ready for the main family meal the next day.

He was very proud of his father's involvement in the Mexican Revolution as a member of Los Dorados, an elite team of marksmen for Pancho Villa. His father's background contributed to Jose's own involvement in social justice issues such as working on farmworker justice by picketing, boycotting, and performing in improvisational theater as a member of El Teatro del Piojo from the University of Washington in the 70’s. His later years were concentrated on increasing social justice for the youth he coached through his attempts to increase access to opportunities in a variety of areas especially for academic advancement utilizing, at times, their athletics to gain that access.

Jose joins many loved ones who have transitioned to heaven before him, including his oldest son, Regino, from his first marriage. He joins his parents, Manuel and Aurora, and his siblings, sister Manuela, and brothers Regino, Refugio, Andres, Enrique and Samuel. He is survived by his loving wife of 45 years, Evonne, and their children, Quetzal (Anjila) Quiauhxochitl, Quauhtli (Megan) and Quipachtli. His grandsons, Xopil, Itzli, Acalli and Teocalli, granddaughters, Audi, Kaelin, Alyssa and great grandchildren, Kyrie and Ajlina, and sisters, Aurora, Maria (Lucio) and Virginia. He is also survived by numerous nieces, nephews, cousins and other extended family and friends that feel a great loss with his death.

Celebration of Life Services: Please note that the family requests that, out of respect and consideration for family members at high risk of illness, that masks be worn while inside and that you not attend if ill. Saturday service will be livestreamed if you are unable to attend in person.

Reception after mass in the parish gym, 3410 SW Myrtle St. Seattle, WA 98126 - you are welcome to bring a dish to share if you would like.

Burial of ashes will be scheduled for next year per Jose’s wishes.

To send flowers to the family or plant a tree in memory of Jose Manuel Martinez Jr., please visit our floral store. 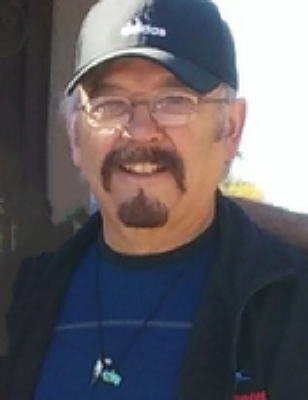