Share a memory
Obituary & Services
Tribute Wall
Read more about the life story of Mary and share your memory.

Mary Robinson Sive, 99, longtime resident of Montclair, NJ, passed away peacefully at her home in West Seattle, Washington after a brief illness.

Mary was born in Berlin, Germany in 1923, and spent her early years in Graz, Austria, with her mother, Regina (Hammer) Robinson and stepfather, Moritz Robinson, editor of the socialist newspaper in the city. The political atmosphere in Austria in the 1930s necessitated a move from Graz to Brno, Czechoslovakia, and then to Stockholm, Sweden, where Maria (her birth name) attended high school. In 1941 the family, sponsored by the International Rescue Committee, emigrated to the U.S., and settled in New York City.

Mary, as she preferred to be known following the move to the U.S., eagerly learned her fourth language, English, and was awarded a full scholarship to Connecticut College. Following graduation in 1946, she enrolled in a political science course at Columbia University, where she met her future husband, David Sive, who was pursuing his Columbia law degree.

Mary pursued her love of research and writing and authored a number of reference books and a newsletter for librarians. After retirement, when she was able to spend more time at the family’s country property in Margaretville, Mary indulged her love of the area and of history to write Lost Villages, a book about the many towns in the Catskills lost when the New York City reservoir system was built. She was also admired for her generous philanthropic contributions to environmental causes, women’s rights, social justice, the arts, and education.

Mary’s interests were vast, and she had a lifelong passion for reading and learning. After she and David moved to Montclair, NJ (a sister city of Graz, Austria) in 1995 to be closer to daughter Helen and her family, she took advantage of the Montclair Public Library, and it would not be surprising if during her time in Montclair she became the library’s most frequent borrower.

Mary was equally passionate about the outdoors, and for many years was an avid hiker and volunteered frequently to maintain trails. As a member of the Adirondack Mountain Club’s chapters in Rockland County and Northern New Jersey and an active participant in the NY/NJ Trails Conference, she enjoyed frequent hikes throughout New Jersey and New York State, and in her 60s completed hikes of the Catskill’s 35 mountains over 3500 feet. When hiking became too challenging, she continued vigorous physical exercise with almost daily visits to the Montclair YMCA, volunteer gardening at the Montclair History Center, and frequent walks in area parks.

When her strength began to decline, Mary relocated to West Seattle, Washington where she was lovingly cared for by two sons, Walter and Ted, and their spouses, and her granddaughter Haley, while maintaining residence at the senior living facility, The Kenney.

Mary’s embrace of life in all its fullness was a profound inspiration to all of her family and many friends. She was predeceased by her husband David Sive, and is survived by daughters Rebecca Sive (Steven Tomashefsky) and Helen Paxton (Arthur Paxton); sons Alfred Sive (Marian Sive), Walter Sive (Cheryl Ellsworth) and Theodore Sive (Ted Watson); grandchildren William Paxton (Kerrie Holguin) and Emma Paxton; Caitlin, Haley, Aisling, and Hannah Sive; and great grandchildren Jaxon Sive, and Remy and Regan Paxton.

A celebration of Mary’s life will take place at a later date. Contributions in her memory would be welcomed by the American Friends Service Committee and the International Rescue Committee.

Share memories, condolences & photos on the Tribute Wall, located above.

To send flowers to the family or plant a tree in memory of Mary Robinson Sive, please visit our floral store. 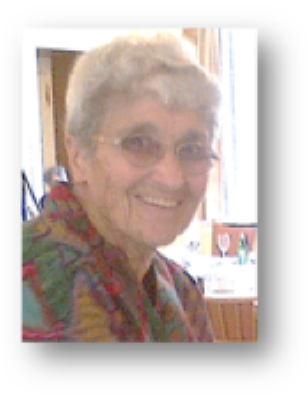 You can still show your support by sending flowers directly to the family, or by planting a memorial tree in the memory of Mary Robinson Sive
SHARE OBITUARY
© 2023 Emmick Family Funeral & Cremation Services. All Rights Reserved. Funeral Home website by CFS & TA | Terms of Use | Privacy Policy | Accessibility