Share a memory
Obituary & Services
Tribute Wall
Read more about the life story of Norman and share your memory.

Following a long bout with cancer, and hearing of Trump’s plans to run for office again, Norman left his earthly body to embark on his next adventure. He was 75 years old.

Although we are beyond heartbroken, we are so proud of him for making the brave decision to stop all the invasive treatments he endured for many, many years. He passed away peacefully at home surrounded by loved ones, exactly as he wanted to.

The last of six children (Irish Catholic, go figure), he was born in Great Falls, Montana on March 18th, 1947 to parents Frank and Virginia Garvin .He graduated from Great Falls High in 1965. In September of 1967, his first of two children, Travis Yates was born. In 1968 he opened a head shop in Great Falls, “The Headfood Supermarket”. The locals weren’t too impressed, so he made his way west to the more liberal region of Western Washington. His last child (as far as we know) arrived in May of 1969. Jessica Ann was born in Sedro Woolley, Washington. We still aren’t sure if they actually lived there or were just driving through.

He spent the decade of the 70s in Bellingham, Washington. It is there he discovered his love for silk screen art, and he made it his career for the next 30 years.  He was a very talented artist who loved to draw, paint, sketch, play the banjo and the guitar, just to name a few.  He encouraged his kids to be creative, and loved teaching them how to make their own greeting cards, silly putty prints, and all sorts of other arts and crafts. Unfortunately, we think his talent may have skipped a generation. His daughter can barely draw a stick figure. He loved listening to records, not only music, but comedy records from George Carlin, National Lampoon, Cheech and Chong, and Richard Pryor. Norman was a natural born comedian. We have been trying to put into words just how funny he was, then realized that if you are reading this, you probably already know how funny he was!!

In the early 80s, he moved to Seattle. In 1984, he married  the love of his life, Annette. They stayed in love for the rest of his life. They enjoyed entertaining friends and family, and a night at their house meant, yummy snacks, good food and lots of laughing. It was hilarious when  Norman would tap his foot and start singing “I’m a lumberjack and I’m okay” from Monty Python.  Truly hysterical

He absolutely loved listening to music. He also found great joy going to see live music, and went to shows his entire life. He was  such a fan of live music that when his 13 year old daughter saw The Who, she was too exhausted to go to school the next day. He wrote a note to the principal saying “Please excuse my daughter for missing school yesterday. She saw the loudest band in the world, The Who, on Wednesday night”.

Norman adored and was very proud of his only grandchild, Tabitha. He was relieved that she went to college, and inherited his artistic talents. He had great affection for his many friends, and was still in regular contact with his 3 best friends from High School, Irene, Sheila and Frank. He cherished their friendship over the last 60 years.

He continued to create art his entire life. He still enjoyed taking  drawing classes. He attended the Seattle Film Festival every year, loved to read, and was a lifelong Scrabble addict. He belonged to the W. Seattle Scrabble Club, and once attended the National

Scrabble tournament in Las Vegas.  He would also play scrabble with elderly patients at the retirement home, and on a weekly basis would kick both his wife and daughters asses at the game.

He had a huge place in his heart for animals. He never met a raccoon he didn’t offer a piece of bread to. And he absolutely loved cats. His entire adult life he lived with one, if not 10 cats. To see him beaming over a furry friend was heartwarming.

We will forever miss his smile, sense of humor, his practical advice, his opinion, and everything about him. It is hard imagining our lives without him, but it brings us comfort knowing he’s reunited  with his mother Virginia, his father Frank, and all of his brothers and sisters, George, Robert, Frank, Bonnie, Patricia,  and his favorite kitty cat ever, Sadie. Left behind to somehow manage the rest of our days are his wife Annette, his children Travis and Jessica, his granddaughter Tabitha, his niece Kay, her son Mark, and many, many others that  he cared deeply for.

In lieu of flowers, the family asks that you tell the person next to you that you love them (unless you happen to be on the city bus right now, that could get weird) and to make a contribution to  the Leukemia and Lymphoma Society.

The family also encourages you to find your inner artist, get inspired, and create something beautiful!

Lastly, the family would like  you to laugh as much as possible, adopt a dog or cat,  keep learning new things, and play Scrabble as often as possible.

To share your condolences and memories of Norman, please visit his Tribute Wall, located above.

To send flowers to the family or plant a tree in memory of Norman Lee Garvin, please visit our floral store. 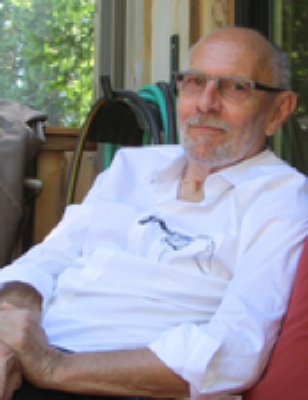 You can still show your support by sending flowers directly to the family, or by planting a memorial tree in the memory of Norman Lee Garvin