Share a memory
Obituary & Services
Tribute Wall
Read more about the life story of Rick and share your memory.

“To the world, he may have been one person. But to us, he was the world.”

Rick Weglin passed away, peacefully, in the early evening hours of July 11th, after a valiant, 8-month battle with pancreatic cancer. His wife and sons were at his side, surrounding him with love and giving thanks for the gift he was in their lives.

Rick was the third of six children born to Dr. Robert and Marian Weglin. He had fond memories of growing up “in the country” of rural Federal Way and Des Moines, where he developed an appreciation for growing fruit trees and nurturing animals of all kinds. While in elementary school, the family moved to West Seattle and it was here that Rick put down lifelong roots, graduating from West Seattle High School in 1974.

Rick had a strong affinity for cars from an early age. He would often sleep with matchbox cars instead of stuffed animals and wake with an imprint of the cars on his cheek. He was curious by nature and enjoyed learning how something worked—usually by taking it apart. Rick studied automotive repair at South Seattle College and eventually opened his own shop, Harrah’s Automotive, that operated out of the same location in North Admiral for 38 years. Honesty and integrity were the hallmarks of how he approached his business.

Rick met his wife, Mary, when he stopped to ask about her 1966 Mustang. He had been leaving notes on her car for several months, but she never called the number because she wasn’t interested in selling her car. These two were destined to be together and after a 5-month, whirlwind courtship, they were married. In September, they would have celebrated 40 years of marriage. Rick, quite simply, adored his wife. As a husband he was exceedingly thoughtful and endlessly supportive of anything Mary wanted to pursue.

When Rick was four years old, he broke both of his legs and had to be hospitalized, in traction, for several months. His dad, an optics engineer at Boeing, visited him every day for lunch. His mom would bring him dinner every evening. Once he was released from the hospital, his dad built him a special bicycle to help strengthen his atrophied muscles. They worked through a series of exercises every night when his dad got home from working his second job, a private optometry practice. This example of selfless dedication set the tone for the type of parent Rick would become when his sons Spencer and Brandon were born. Family was always his highest priority; he never missed a game or a play or any event involving his boys. He supported their interests with equal amounts of enthusiasm and encouragement. He was a big believer in childhood wonder and never missed an opportunity to foster it. Watching Spencer and Brandon grow and flourish filled him with great joy.

In addition to cars and family, Rick loved holidays, celebrations big and small, Mary’s cooking (especially fudge ribbon cake), helping those who needed a hand, staging garage sales, dogs, strawberry waffles, Rhode Island Reds, the Greenwood Car Show and visiting Cannon Beach. He was an eternal optimist. His mindset was that there was a solution to any challenge and that anything that was broken could be fixed. Despite the physical toll his cancer treatments took, he never lost hope that he could emerge on the other side to live a happy life and to help others through their cancer challenges. There were so many things he wanted to do.

In addition to his wife, Mary Batterson, Rick is survived by his sons Spencer and Brandon, brothers Bob Weglin (Kathy) and Ron Weglin (Anne) and his sisters Diane Dempster (Bob), Debbie Rosenstiel (Norm) and Denise Felhosi, nieces and nephews, extended family and many Harrah’s customers who became lifelong friends. He felt fortunate to share his life with three pups who continue to look for him on a daily basis: Hudson, Zoe and Billie.

There are no words to describe the void Rick’s absence leaves in the lives of those who loved him and who had the privilege of being loved by him. May he rest in peace and may his memory always be a blessing.

We will gather to celebrate Rick’s life on Saturday, October 1st, 2022 at 1:00 pm (Please note new date) at Fauntleroy Church UCC, 9140 California Ave SW, Seattle, WA 98136. Remembrances can be made to the Pancreatic Cancer Action Network or a charity of your choice. Our heartfelt thanks to Emmick Family Funeral Home for their exceptional service and care.

Share memories, condolences & photos of Rick on the Tribute Wall, located above.

To send flowers to the family or plant a tree in memory of Rick Weglin, please visit our floral store. 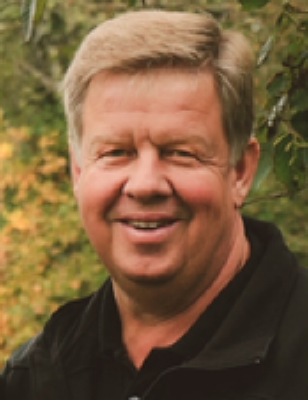