Share a memory
Obituary & Services
Tribute Wall
Read more about the life story of Ronald and share your memory.

On December 19th, 2022, at the age of eighty-three, Ronald A. Fowler completed his journey through this life, in Seattle. Born September 13th, 1939, in Tacoma, he lived through the second World War, the Information Age, and the dawn of a new millennium.

Having spent much of his childhood in Renton, Ron considered himself a Renton native. In 1959, while attending a radio sponsored dance at the iconic Spanish Castle, he met the love of his life, Roberta Fowler. In May of 1960, they wed, resided in Renton for a short while, but eventually settled in the Admiral District, of West Seattle, to start a family; raising six children.

Possessed of a magnetic personality and uncompromising work ethic, Ron would become one of the founding fathers of West Seattle soccer, coaching his infamous Seattle Swamp Rats. Who, during the 1980’s, would go on to have multiple victories over the years and even win a state youth recreational cup. So was his love of the game that he even offered his skills as a referee; he would even go on to coach floor hockey at the local YMCA.

Professionally, Ron was a proud Teamster for much of his career. Starting out as a commercial propane truck driver for his late uncle Bill, he would later join the early ranks of unionized beverage truck drivers and help spread the word of organized labor; laying the foundation for others to follow. As a result, he rose through the industry ranks quickly becoming an Operations Manager for two leading beer distributors in Snohomish County.

Later, as the economy slowed and thirsts grew dry, Ron diverted his skills to pipefitting. He joined the UA Local 32 and worked as a Pipefitter Lead for Lockheed Martin and Todd Shipyards. He enjoyed this work very much.

Towards the end of his career, he worked as Material Handler for Kenworth Truck Company and would eventually end up back where he started, a forklift driver for Rainier Brewing Company.

Despite his diverse accomplishments, the center of his life was home and family. Friends and visitors will recall sunny backyard barbeques, spirited conversations, and tasty cold brews. As a father to some and a friend to all, Ron’s contagious smile and calming presence will be missed by all.

Ron is preceded in death by his parents Ruth & Ray Fowler, and his sons Douglas & Brock Fowler. He is survived by his brothers Lanny and Bill Fowler, his wife Roberta Fowler, his children Collin, Andrew, Matthew, and Sine Fowler, his grandchildren Rachel Ferguson, Elise Fowler, Truman Boudinot, and Sophia Boudinot, and his great granddaughter Emelia Ferguson.

To share yyour condolences and memories of Ronald with friends and family, please visit his Tribute Wall, located above.

To send flowers to the family or plant a tree in memory of Ronald Avery Fowler, please visit our floral store. 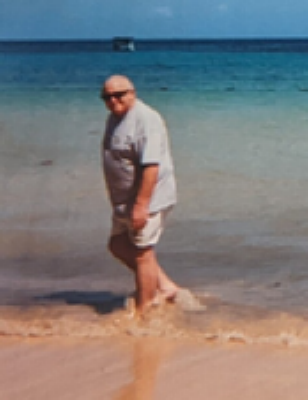 You can still show your support by sending flowers directly to the family, or by planting a memorial tree in the memory of Ronald Avery Fowler