Share a memory
Obituary & Services
Tribute Wall
Read more about the life story of Steven and share your memory.

Steven Carl Jensen, also known as Stevo, 65, of SeaTac, Washington passed away on July 28th, 2022. After falling from his bicycle and sustaining a traumatic brain injury he passed peacefully surrounded by loved ones at Harborview Medical Center.

Steve was born to Velma "Fran" Jensen and Leo Jensen on May 14th, 1957 at Seattle's Swedish Medical Center. He spent his summers at Langley on his grandparents Whidbey Island farm. In his teens he worked for an auto mechanic and then a die casting company before he began his 43 year career as a Boeing machinist. In the late 70s and early 80s he helped build the U.S. Navy's Pegasus-class Hydrofoils with Boeing Marine Systems and more recently he helped paint the doors of President Biden's Air Force One.
When he wasn't working he pursued many hobbies and lived his life to the fullest. He rode dirt bikes, took his jeep off roading, and loved his motorcycles. When he wasn't outdoors he often modified guitars, tinkered with pedals or amps, and recorded original songs under the name Stevie Patchcord. He loved loud music and played guitar with friends at such a high volume that the whole house could hear, sometimes even from outside!
Steve loved to share the things he loved with those around him. Early in their relationship Catherine recalls riding around Mt. Rainier in Steve's jeep. He later found an adult trike so Catherine could join in on the family bike rides, and once bought a motorcycle that sat low enough for Catherine to ride on the back of. When his daughters were little he helped them make mix tapes of the family's favorite songs, some of which they still listen to today. Heidi and Kayla joined their father on many bike and motorcycle rides, he would thoughtfully try various models with larger passenger seats or handles to see which was most comfortable for them.
Steve also brought the girls for many hikes and walks, especially if it meant they could find frogs on a stormy night. They called those walks in the rain "frog walks" and found countless critters over the years. Steve also enjoyed watching the girls play video games, but he joined in on the fun if there was a racecar involved. He and Kayla had multiplayer Mario Kart races just a hallway away from each other. When the girls began playing Animal Crossing together Heidi invited him to join but assumed Steve wouldn't take much interest. He ended up playing the game more than Heidi or Kayla combined! The girls had been playing Animal Crossing for years so when their dad enthusiastically joined them it made the game that much more special.
Steve is survived by his wife, Catherine Jensen (née Rafert), daughters Heidi Frances Jensen and Kayla Marie Jensen, as well as his sister Susan "Sue" Biering. He is predeceased by his father Leo Corliss Jensen, his mother Velma Frances Jensen (née Jenkins), and his brother Michael Allen Jensen.
Steve was a loving husband, father, and friend who will be missed dearly. He was taken from us sooner than expected, but we can find comfort knowing that he lived each day like it was his last. His life was filled with an amount of experiences and memories that some can only dream of, and we're thankful to have had him in our lives for the time that we did.
To share your condolences and memories of Steve with Family and Friends, visit his Tribute Wall, located above.
- Care Entrusted to Emmick Family Funeral Home -

To send flowers to the family or plant a tree in memory of Steven Carl Jensen, please visit our floral store. 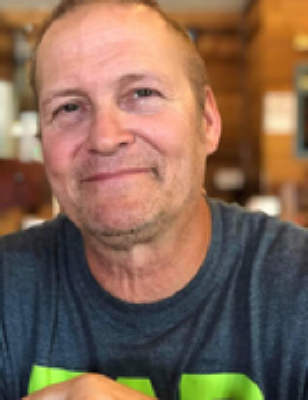 You can still show your support by sending flowers directly to the family, or by planting a memorial tree in the memory of Steven Carl Jensen
SHARE OBITUARY
© 2023 Emmick Family Funeral & Cremation Services. All Rights Reserved. Funeral Home website by CFS & TA | Terms of Use | Privacy Policy | Accessibility